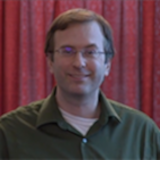 Andrew manages the Genome Informatics Facility at Iowa State University. His academic background is in biochemistry with a Ph.D. in Biophysics/NMR spectroscopy. He is an interdisciplinary scientist working at the interface of Genetics and Bioinformatics, translating Big Data into informative data for interesting biological questions. He is passionate about evolution and the science behind the genome.

Setting up your new Mac computing machine is an investment of time that you will quickly appreciate in your daily work. With the help of this tutorial, the process will be straightforward and successful.

Xcode is Apple’s integrated development environment for macOS, used to develop software. In order to get the most out of your MacBook, this developer’s toolkit is required. Installing XCode at a minimum also installs git for GitHub commands. There are probably ways where you don’t even have to install XCode developer tools and still get GitHub and the other functionality, but XCode installation seems to work well. You will mostly use the command line tools unless you want to learn swift and ios app development.

For those applications that are still compiled for Intel processors, Apple has Rosetta 2, which is a translation environment for your favorite intel compiled programs.

Run the following command on the terminal:

Then, restart your computer.

Homebrew is a package manager that makes installing many useful packages really easy. In short, it installs the software you need that Apple didn’t. The tool installs packages into their own directory and then symlinks their files into path:/usr/local on macOS.

Be sure to change ‘YourNAME’ to your local username.

I update this brew file as I add more programs with brew. That way, I will always know what I have installed and can quickly install it on a new machine.

Place the following text into a file called brewfile.

Execute the following command in the same folder as the brew file defined above and it will install all of the programs.

Start the installation process by double-clicking on the file you downloaded to your Downloads folder.
TIPS: Atom did not open for me the first time when I double-clicked on it. You may have to right-click on the application and select ‘Open’.

Here are some recommended packages, which can be easily incorporated into the editor’s functionality by installing them using the built-in package manager.

It is a powerful terminal. I haven’t utilized its features fully. One option I felt was missing was ‘skip by the word’ on the command line, but apparently, that is a really-easy fix since iterm2 is fully configurable.

How to skip by word in iterm2

This generates a new .zshrc file. Change the line with plugins to the following. Include what is useful to you. I don’t use sublime or vscode but they are quite popular.

If you start using Terminal, Mac will now ask you every time if you change directories permission to change into that directory. To give Terminal access to all folders:

And run it calling mc command in the terminal. Use mc cheat sheet for Mac to familiarize yourself with keyboard shortcuts.

You will want to copy over the following files from your old machine to your new machine to make github and Atom work again with pushes and pulls. Github does not allow username/password pushes/fetches anymore.

I also had to create a new ssh key in my github account for my new laptop. If you need a refresher on how to do this see this GitHub tutorial.

Download via terminal both macfuse and and sshfs from osxfuse GitHub repository.

Then, find the files in your Downloads folder and run the executable files in the same order.

Miniforge3 for both ARM and Intel chips.

I installed the x86 version in a folder with _x86 at the end of it. This will become important later.

This now gives us two base conda environments. One for installations native to the ARM architecture and native to M1 macs and one for all the other programs that haven’t made an ARM version. The x86 programs will run using rosetta2 translation environment.

How to change between base conda installations

This website does a really good job explaining that we just need to change the code in the .zshrc file: Changing base conda installs.
I placed all of the next code at the very end of this file. Oh-My-ZSH has a lot of other text in this file. Leave that alone.

This file of course will look slightly different as you will have placed the miniforge3 folder in a different location then on my laptop.

As you can see I added an if statement that changes a variable $x86 which I placed at the the end of the folder name to modify the conda location. With this modification, we can create two new functions that will permit us to very quickly change between base conda installations.

Most python libraries can be easily installed using pip.

Key commonly used modules should be pre-installed on the HPC infrastructure. You can find and load them with the module command.

Install R from the package from R cran site.

TIPS: I got the following error when I tried to install from DMG so don’t do that. Error “R can’t be opened because Apple cannot check it for malicious software”

Check to see R is working

I use plot to quickly test the installation.

A window should pop up with a scatter plot along the diagonal.

I haven’t explored this enough yet, but it would make sense to have a good package manager for all the potential R packages you might install. Since some can conflict, it can also be good to have separate conda environments for R packages.